How To Commit SEO Suicide

Businesses and individuals spend hundreds and thousands of hours working on improving their site’s visibility through SEO. We all know that to do well you have to work on several areas well over a sustained period of time. It never really ends….

Areas of focus boil down to bands such as On-Page SEO, Technical SEO and Linkbuilding (linkbuilding encompasses Content Marketing etc). Each of these bands have several different elements in them which make up the hundreds of different ranking factors that Google employs. Get these factors right for your site and niche and you’ll improve visibility, sales and leads. Sometimes, for number of reasons things on a site get changed, moved or migrated over and it’s important that it is handled well in order to mitigate visibility loss risks.

Unfortunately though, sometimes business owners and individuals (and even some SEO’s) like to commit SEO Suicide by ignoring recommendations or making a quick decision without considering ramifications. People make mistakes and that’s why in this article I’ll cover some of the easiest ways to commit SEO Suicide, you know, so you can avoid doing it yourselves.

Below are some of the top ways to commit SEO Suicide that we’ve encountered. Some of these we spotted after a site was changed out of the blue, others we caught ahead of time and some (mostly the SEO’s reading this) will recognise a few from big brand screw ups.

This one is something we spotted prior to the changes going live on a site. Unfortunately the CSV export/import process inadvertently removed all page Titles, Meta Descriptions and H1 tags and replaced them with the company’s brand name. This would have, if not caught, effectively replaced all pages essential On-Page targeting elements with their name causing any of the original researched targeting to be lost. Visibility would most definitely be affected.

Search Engines need content in order to be able to understand what the site overall and an individual page is about. The content is used to judge the pages relevance to its target terms and visibility follows (assuming other elements are in place/worked on too). It’s great when a site’s visibility grows over time, you see the traffic and engagement improving as well as the sales or leads coming in too. The trouble is if someone decides that the content on the page detracts from the pretty pictures and removes it, you’re most likely up the creek. With no content what will the search engine use to understand a pages relevance?

Sometimes its unavoidable due to the way a site is built, especially in eCommerce. That said, there are ways to mitigate against the risks of this through canonicalisation or robots blocking of pages. Unfortunately though, at times content is duplicated in order to cut corners and save someone time. This kind of wholesale duplication, other than being lazy, will devalue the pages on a site and if it’s mostly site wide it could cause considerable visibility problems. We’ve seen this at its worst when a site owner’s friends cousin who knows computers, ‘Set Up the sites SEO’ and built several thousand nearly identical pages. The only difference on these pages was the postcode and the city name. The initial idea was sound, set up a landing page for each area and add relevant content to it. The trouble is if the content and the targeting is essentially identical then it just won’t be ranked.

Similar in many ways to the previous example, from a Technical SEO aspect you can duplicate a site several times over. This can be done through not implementing a redirect properly, removing working redirects or (worryingly) copying the entire current site onto a different domain entirely. You could have the following versions of your site live and available to a search engine for indexing:

In the same way as before, duplicated content essentially devalues that page or pages and reduces its visibility. If it’s site wide like in the example above get it fixed pronto!

Probably one of the easiest and most frequent SEO Suicide attempts is when the robots.txt file unintentionally blocks an entire site. All for the sake of one line of text you could essentially tell a search engine not to come to your site. Something that would fundamentally affect your visibility as the site would eventually drop out over time.

On the flip side of the above is when the robots.txt file does not block a development or staging site. Realistically the developer should password protect the site to be sure it won’t be crawled but in some cases this isn’t done and can lead to the test version being seen as a duplicate version of the current domain.

If you move to a new domain or move an authoritative page/category of your site over it’s imperative that you implement your redirects appropriately. As well as this, it’s very important that any redirects in place are managed properly and not deleted without checking first. The biggest and most memorable example of this is when Toys R’ Us bought toys.com for over $5m and forgot to put any redirects in place. Essentially when the site was migrated to the new domain the old domain and all its pages went 404 and the new domain was indexed as if new. Think of all that lost authority….makes you well up inside! 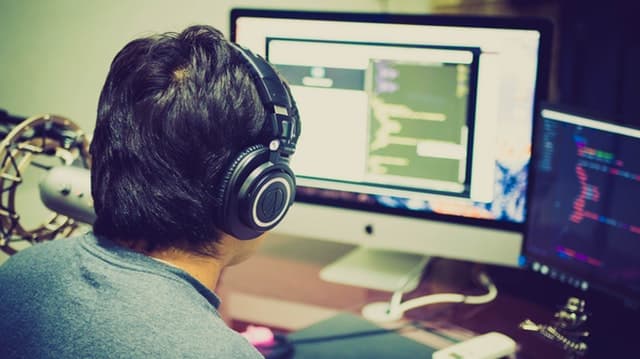 We’ve seen this a few times with new clients. For some reason someone read that you need a canonical link on every page of the site and implemented it themselves. The trouble is they used the same link on every page or used the wrong link on different pages. This would make it very difficult for a search engine to understand what’s going on as effectively all pages would point to the home page or, if you put the wrong links on the wrong pages, you could be pointing the search engine to totally irrelevant pages potentially through a chain.

Sometimes website owners or developers like to strip out a sites navigation in favour of a filtered main category or page. Whilst this might be good for the user in some cases, it is undeniably bad for SEO and could effectively kill a sites visibility. The search engine crawlers use internal navigation to find content and index pages, SEO’s use internal navigation to cultivate relevancy on a site. Without this its unlikely the search engine will find a sites pages. Additionally if the new navigation works to filter the page content then you’re in an additional realm of potential problems. Google offer advice on how to implement Faceted Navigation best here { https://googlewebmastercentral.blogspot.co.uk/2014/02/faceted-navigation-best-and-5-of-worst.html}

There are loads of different ways to commit SEO Suicide through bad linkbuilding. Google have a great article on this on their support site and essentially if you do any of the things they say not to do, and do them on a large scale, you can expect to see penalties and visibility losses. Just a few of these and the most notable examples are:

Buying links – Most memorable example was when Overstock.com lost LOADs of visibility after exchanging links for store discounts. From what I see, they lost around $1bn (source)

Over Use of Guest Posting

Over Use of Press Releases (For SEO Purposes)

Advertorials – Most notable example of SEO Suicide through this was back in 2013 when Interflora were wiped from the SERPs for pushing hard on Advertorials.

Participating in Link Networks – Most notable instance of this was with J.C. Penny when they lost a huge chunk of ‘Living room Furniture’ visibility after being found using a large a link network. There are plenty of other ways to commit SEO Suicide. Most are accidental, however some like the linkbuilding examples, are through pushing things too far. Hopefully this post has highlighted some areas to be wary of and some areas to totally avoid. Can you think of any more ways to end it all?… In an SEO sense of course.

Here's What They're Saying

Just a snapshot of some great feedback Chris has received recently.

When we were looking for a consultant to support us and our business, particularly in an area that changes so rapidly like digital marketing, we decided whoever we worked with needed to bring two characteristics beyond anything else... Time and Truth! Time to understand our business, our teams and our customers. And truth, in the way that any proposed solutions would stand up as practical, actionable and tailored to our objectives. Chris brought these characteristics by the bucket load. Clearly demonstrating he has his fingers on the pulse, he suggested modern and effective tools and techniques designed to help us drive our commercial outcomes. Read More...

Chris has proved invaluable when taking a project from idea to successful operation. His deep understanding of the digital sector, coupled with a high level of real-world business knowledge, has been perfect to help build achievable interim targets during the businesses development while retaining a clear picture of the end goal. If you are looking for a consultant who will feel like a real partner in your journey, and always act with the businesses best interests at heart, then Chris is your best bet.

More knowledge of how the internet works in his little finger than Brin, Page and Zuckerberg combined. See him now. Or don't, and see sales suffer.